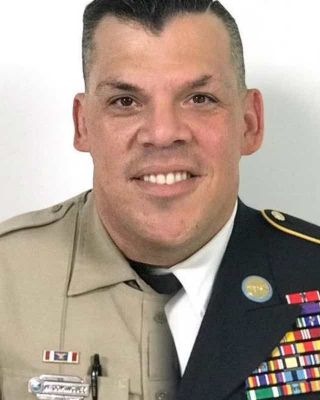 Police Officer Horacio Dominguez was killed in a vehicle crash on I-75 near mile marker 51 in Collier County at about 1:20 am.

One of the rear tires on his patrol blew out, causing his vehicle to go out of control and overturn several times. Officer Dominguez suffered fatal injuries in the crash.

Officer Dominguez was a U.S. Marine Corps and Army National Guard veteran. He is survived by his wife and young daughter.